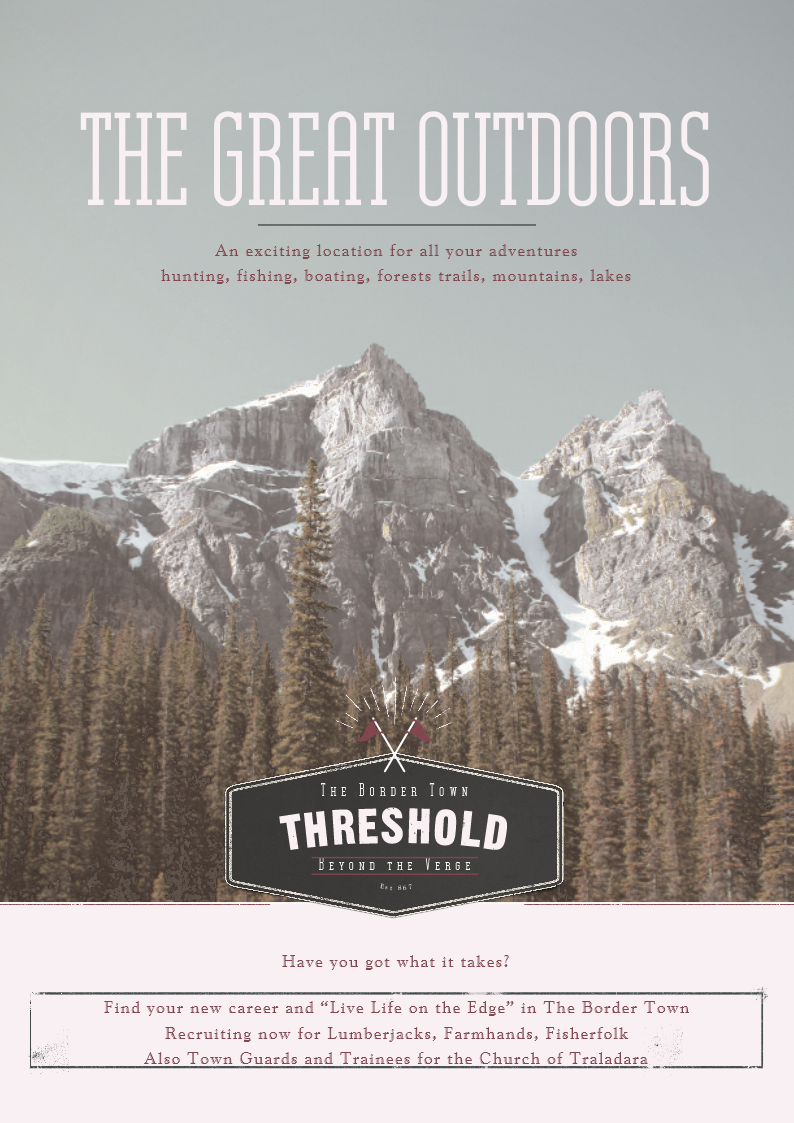 Mystara: a world created by TSR to accompany the Dungeons and Dragons boxed sets in the 1980s.

This campaign is based on the Mystara world, with additional colour and some dark secrets of my own. It is being run using Dungeons and Dragons 5th edition (D&D 5e).

There have been several threads.

One campaign started in Threshold, a logging town in the foothills of the Altan Tepes mountains on the northern edge of the Grand Duchy of Karameikos. Characters are settled in Threshold, but there are dark things afoot, and someone needs to investigate… This campaign thread starts with Karameikos Session 1 – 25-Sep-2017 – search for the Karameikos tags.

The other campaign started in Rennydale, a beleagured farming town in the North East of Darokin. This campaign starts with Darokin Session 1 – 15-Jan-2018 – search for the Darokin tags.

The current campaign has a couple of players from the Threshold storyline, plus some new characters from Akorros in Darokin; they are currently trying to escape X2 Castle Amber, which is in a parallel universe. Where they will return on success is anyone’s guess…

The starting town for the campaign

The Grand Duchy of Karameikos

The country where Threshold is located

A brief history of Karameikos

The different people living in Karameikos

I'm sorry, but we no longer support this web browser. Please upgrade your browser or install Chrome or Firefox to enjoy the full functionality of this site.